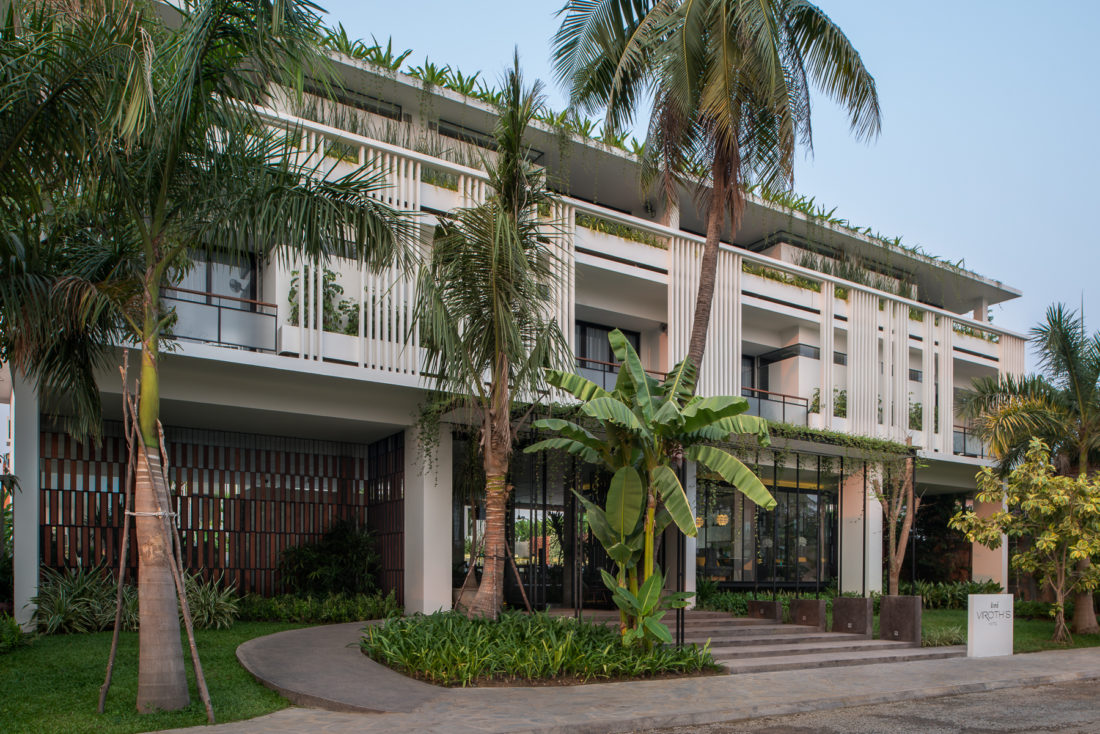 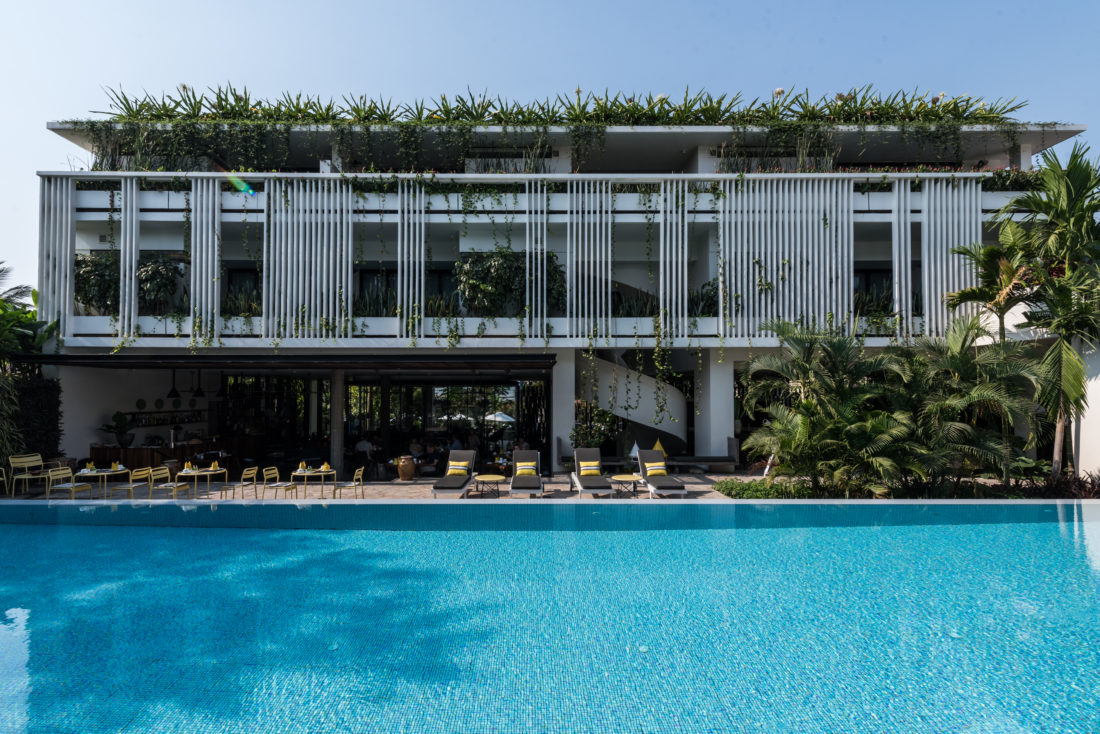 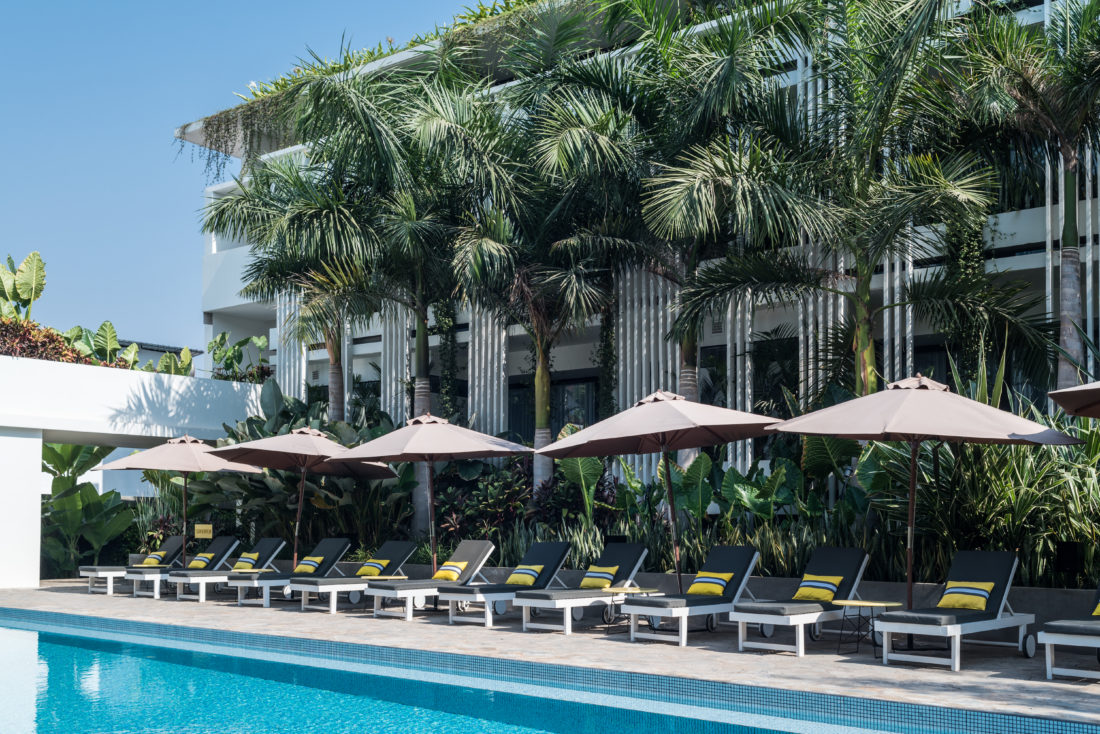 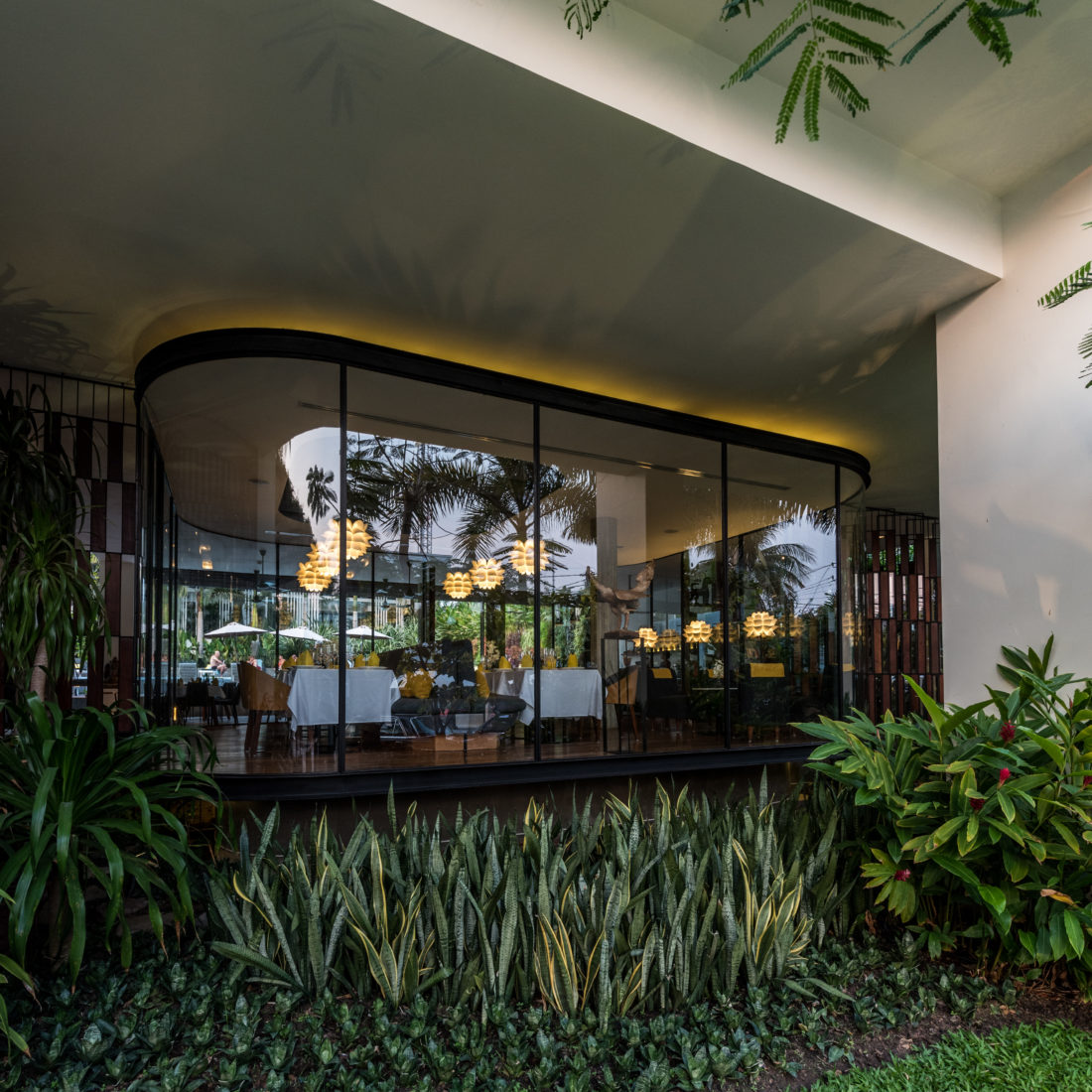 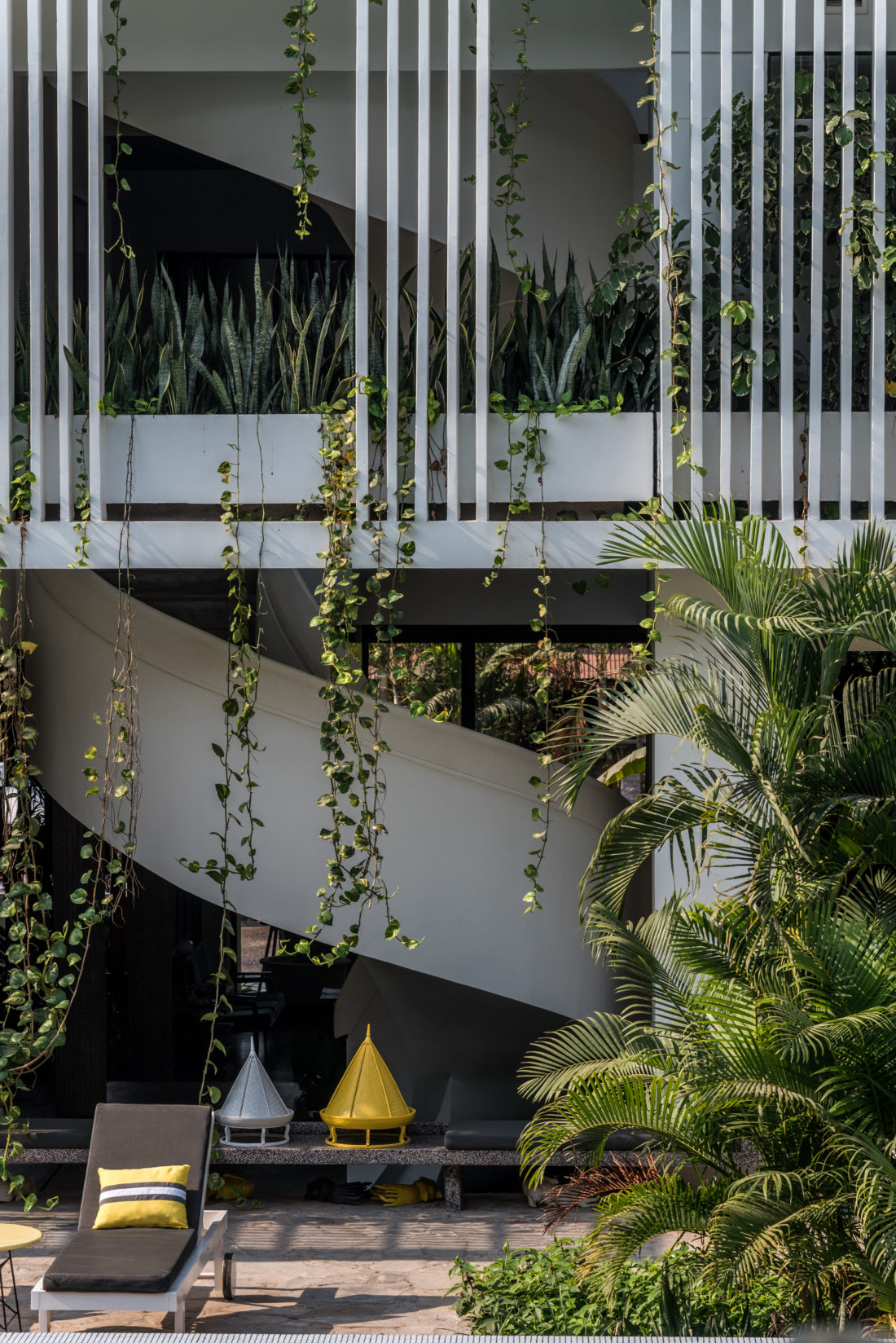 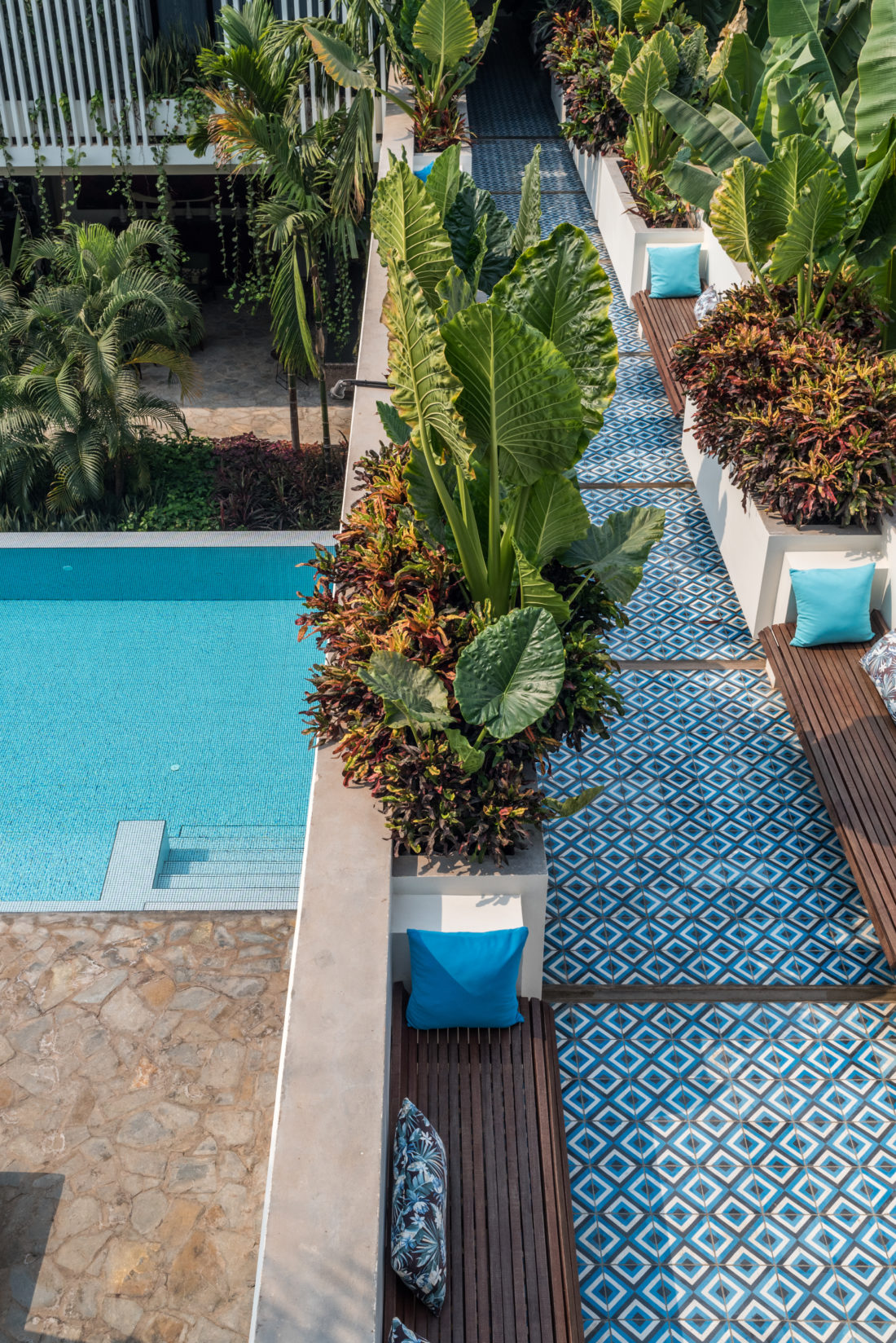 The new Viroth’s hotel has 35 rooms, and the owner wanted us to feel like a house, unlike the first hotel that wanted to assert itself as hotel as part of a villa. The composition consists of a raised building on stilts which makes the entrance on the street, and a building that sinks into the ground at the bottom. Between his two buildings house the swimming pool, leaning against a line of Palm trees. The ground rises in stages from the entrance to install the restaurant in an overhanging position on the street and to separate the pool from the street. The rooms have been designed in width rather than in depth to open the room bath on the terrace. The facades are treated in depth ; a first screen of vertical painted concrete slats which gives the necessary privacy to the terrace, a row of bins with plants, then the terrace itself protect the room from the sun. Buildings have central circulation lined of curves which mark the entrances to the rooms and the mask when you walk away from it. The final levels are set back to limit the heights of the facades and keep the proportions of a large villa. So the building on At first glance on the street seems to have only one floor.